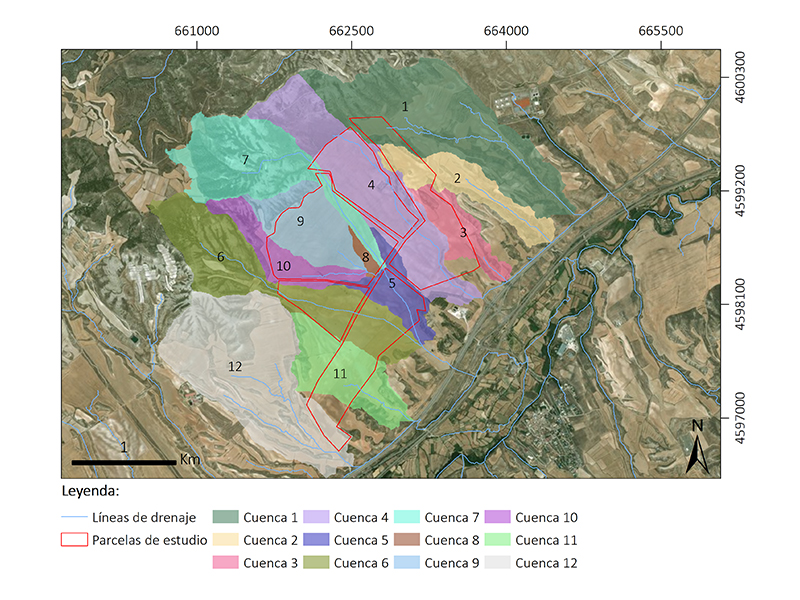 Description: The hydrological survey consisted of assessing the flood risk of five adjacent plots destined for solar energy. Four return periods (25, 50, 100 and 500 years) were evaluated and the 5.2 IC standard for surface drainage of the Road Department of the Spanish Ministry of Public Works and Urban Planning was followed. The study plots were mainly affected by two rivers of the Ebro Hydrographic Demarcation, and in addition, within the plots there were 4 gullies of pluvial origin that were also considered in the study, and a road that crossed the study area from East to West. The two-dimensional hydraulic model proposed took into account not only the external contributions of surface water but also the excess rainfall that fell on the plot and did not infiltrate. The results allowed us to identify 4 preferential flood zones with dangerous speeds and levels, which served as the basis for our preliminary drainage recommendations.