The photovoltaic sector is without any doubt the one that has experienced the greatest development in recent decades. 2017 represented a new record in the sector, with a global installed capacity greater than nuclear energy and fossil fuels combined.

In 2019 Europe as a whole doubled its capacity, going from 8.4GW to 15.5GW, while China and India suffered a decrease due to the contraction in consumption. In the rest of the countries the rise was widespread. The global COVID-19 pandemic will have a logical impact on the installation of photovoltaic plants, particularly in developed countries, where the impact has been more notable in relation to the economy. 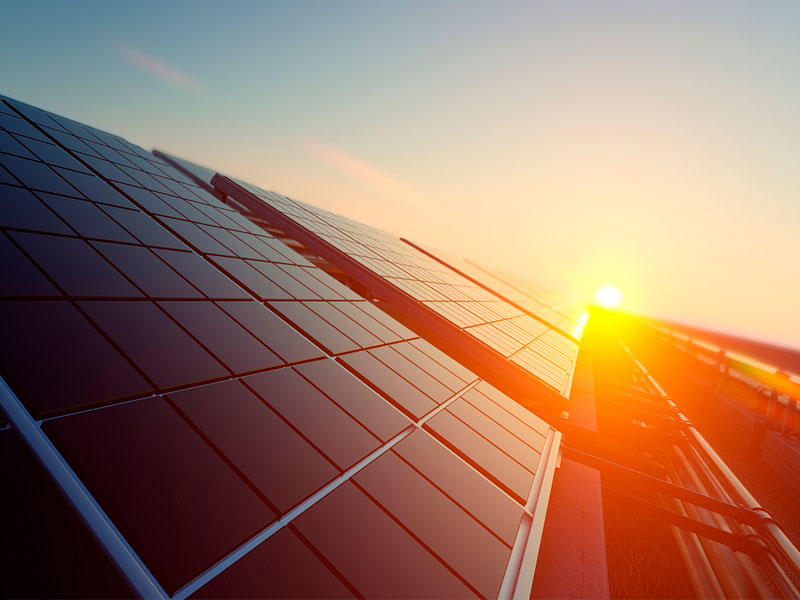 GMS Internacional is one the few geotechnical consulting companies specialised in the photovoltaic sector.

Our experience in this sector dates back to 2008 when photovoltaic installations began to be built on a massive scale in Spain. Unfortunately, a regulatory change halted the process and relegated Spain to one of the last positions in the ranking of leading countries in the development of photovoltaic projects.

It was not until well into 2018 that Spain re-entered  the photovoltaic arena with full force, being one of the countries where most facilities are being built in the world at this point in time. Despite this hiatus, GMS Internacional, a flexible and dynamic company like few others,  internationalized and continued to provide geotechnical services in other countries of the world. In Great Britain we carried out more than 200 studies between 2012 and 2018, from the green countryside of the central and southern regions to the rugged mountains of the north, and GMS Internacional implemented a new culture and approach to carrying out geotechnical studies in photovoltaic plants throughout the country, much more accustomed to civil studies with deep or semi-deep sounding than to large-scale shallow campaigns.

Since 2015, GMS Internacional has crossed the Atlantic to introduce our comprehensive methodology to Mexico, where we finally opened a permanent office which has been operating since 2018.
Apart from Mexico, the Middle East market is where photovoltaic projects have developed in the most impressive way. In Dubai, GMS Internacional carried out studies for one of the largest developments in the region and indeed the world,  the DEWA III plant, starting these terrain assessments in 2015 and completing in 2020.

Following the enormous expansion in this sector, GMS Internacional has become increasingly internationalised, with Chile being the most recent office opened by the group. In this country, we have a large number of clients who invest in both solar and wind projects and provide the basis for the company’s growth in the Southern Cone.

GMS Internacional provides an extensive range of comprehensive services for the photovoltaic sector, some of which are detailed as follows:

Our studies provide the necessary information for the optimisation of foundations and other structures associated with photovoltaic work.

Do you need a quotation?

Contact us and we will design a project which is tailor made to your needs.
Request a quotation